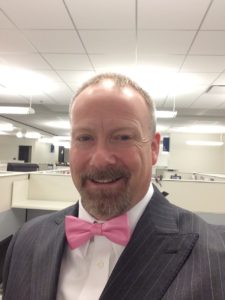 Greetings CPOA Members,
My name is Allen (AL) Bumgardner, and I request your vote to serve the CPOA as National Vice President. First, here is a little background information about myself. I am a retiree, having served the Coast Guard 23 years on active duty. I joined in 1992 and graduated RM A-School in 1993; I advanced to Chief Petty Officer (ITC) in September of 2003 after being frocked in July. I completed CCTI (initiation back then) in October 2003 and joined the CPOA sometime between September-October of that year, been so long I actually don’t remember which month. I advanced to ITCM in 2011 and completed my active duty career as the CMC for Base Boston in 2015. As for CPOA history, I have served at the Chapter Level as a VP and Secretary for NOLA and DC (respectively), and have served as a member for several chapters. At the National Level I have served as a Regional Advisor for three years and currently filling in as Regional Advisor One.

There is no need to explain the duties of the NVP; they are clearly defined in Section II of our OPSMAN. If elected by my fellow CPOA Chiefs to serve as NVP, I will faithfully execute those duties for the good and betterment of our organization, under the direction of our NP. Without a lot of pomp and circumstance, I will quickly detail my vision and direction for our CPOA with this goal in mind:

In my opinion, it is time that we seriously begin the process and establish the plan for the CGEA to become its own organization – which is what was originally intended when it was founded back in 1991…yes 1991 – 26 years ago.

First, it is my opinion that at present we actually hold them back from realizing the full potential of what the CGEA could be as envisioned back then. Make no mistake; they are not able to survive as a National Organization on their own at this time and I’m not saying they should. They simply do not have the infrastructure and resources to accomplish this.

This will not be accomplished in 3 years and I’m not suggesting it will. What I am suggesting, is that we must start the process. We must engage the Long Range Planning Committee, we must engage the CGEA and CPOA members and have discussions, share ideas, and develop a plan of action with the end state goal being two organizations that are separate enough for their own identity but linked in purpose, resolve, and resource. If not now, I ask when?