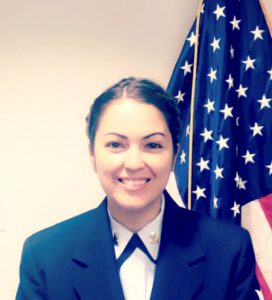 CG Commandant Letter of Commendation Ribbon in lieu of second

Why do you feel you are a good candidate for the applied position?

I feel I would be a good candidate for this position because I have been an active member and participant of the CGEA for over 5 years. I started off as a CGEA member of the Golden Gate Branch in Alameda, CA and before I knew it, I was the CGEA President of the Golden Gate Branch. After attending two National CPOA/CGEA Conventions, I decided I wanted to put in for National Secretary because I wanted to make a difference that would affect all of the CGEA not just my local branch. I am ready to continue to devote my time towards the positive work we have done and continue with the plans and ideas we have started. Being the National Secretary has helped me to adjust to the by-laws and build relationships with junior and senior members of the CGEA and CPOA. Aside from my experience as a National Officer, I have an array of administrative and organizational skills to bring to the table. As the National Vice President, I will be able to continue with my passion for the CGEA and put hard work and effort into the growing success of the CGEA.